Two Avenue Living Communities' (ALC) employees are showing their community spirit with the planning and execution of two gardens in Yorkton, Sask., in an effort to connect residents and ensure food security in the community.

"We're always trying to find innovative ways to help. We always want to do something new and something fresh," says Deryk Whyatt, Regional Portfolio Manager for ALC in Yorkton. Whyatt enabled the community garden project by providing tools and support to get the project running. 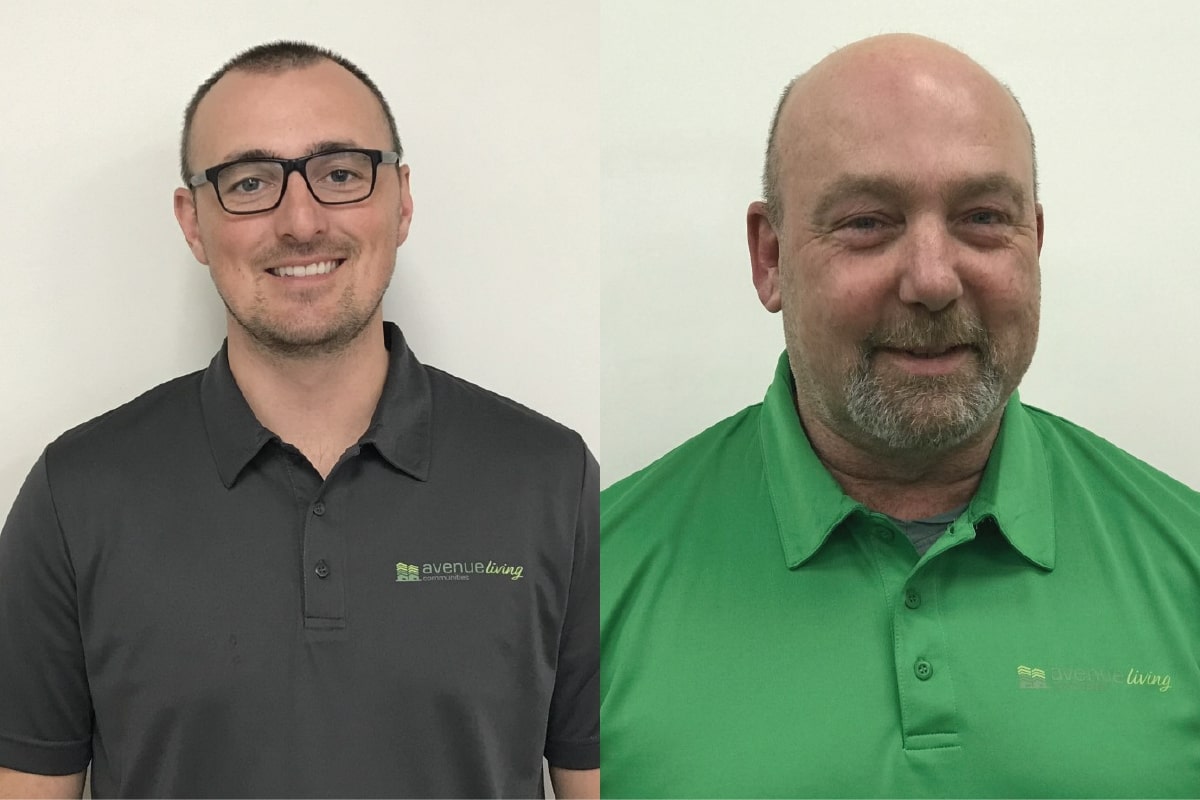 The community garden initiative is the brainchild of Yorkton Maintenance Associate, John Riberdy. As an ALC employee and resident, Riberdy says he first conjured the idea out of the want to connect with his neighbours and bring other ALC residents together.

"We're hoping residents will get involved with the community garden, so there is more interaction, a sense of community, and a feeling of ownership," says Riberdy.

While Riberdy and Whyatt refer to these beginnings as a 'pilot project,' residents have already expressed interest in getting involved. Food grown this season will be donated to the local food bank, and the plan is to continue this initiative in the future. "When I've explained it to residents, they think it's really cool and they're asking when it's available for them," says Whyatt. "It is volunteer based right now – anyone who wants to come help can get in touch."

The pair have already started conversations with local greenhouses to source seeds and fruit trees for future production, as well as the initial planning for water collection on several properties in Yorkton.

"At the end of the season we can donate this food to the food bank," says Whyatt. "It's extra meaningful because above and beyond our recent monetary food bank donation. We're creating partnerships with local organizations, giving back to the community as a whole, and generating business locally." 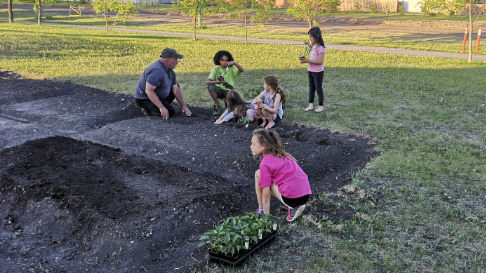 Children from the neighbourhood get involved in the community gardens outside Cloverdale Manor in Yorkton, Sask.​

While the ultimate goals of the gardens are rooted in building community, Riberdy and Whyatt's own personal love for food sustainability is what sets them apart from others. They both feel a personal connection and a want to put the time and effort into ensuring this is a success.

"I was thinking about ways that I could meet some of the residents in the building that I live in," says Riberdy. "I have been producing my own food since my mid-twenties and thought I could do something with this."

Whyatt, also an avid gardener, has tried growing vegetables in planters on his balcony. When Riberdy approached him with the idea of the community garden, it really made sense to him, especially since COVID-19 was creating an unknown future for food security in the community.

"It's a great way to accomplish what we're trying to do as a company by helping create community," says Whyatt.

In the early days, working hard to create the gardens, children in the neighbourhood got involved, and residents watched from their balconies. Riberdy and Whyatt invited them down to help. Two senior residents got involved and began talking. Unbeknownst to them, the two residents had known each other when they were teenagers but had not spoken for 60 years.

It's stories like this that shows what community and connection can bring, and it's even more than Riberdy and Whyatt could have hoped for.

"The whole purpose was to bring people together, and it's already better than we thought it would be," says Riberdy. "Connection and community around your home is what matters."

Your safety should be a priority. In order to remain safe, we need to work together... Read More

ALC Teams Come Together Across Disciplines to Provide Support for Residents

During the COVID-19 pandemic, Avenue Living Communities (ALC) has adapted and will be continuing... Read More

Smaller Communities Show ‘In It Together’ Mentality Extends Beyond ALC Teams

While life has been everything but normal over the past few months, those living in Avenue Living... Read More