Know Your City: Top Things to do in Edmonton in 2022

As Alberta’s capital, Edmonton, more commonly referred to as ‘Canada’s Festival City,’ is well-known for its entertaining festivals throughout the year that bring the city together and show off its vibrant spirit. Alberta’s second largest city, Edmonton brings small-town, homey vibes to a world-class city.

Edmonton has many intriguing attractions to help fill up your summer and enjoy the longer days. From touring Fort Edmonton and learning the city’s history to the TELUS World of Science, let’s look at some reasons Edmonton can be an exciting hub for you and your family. It could be a great place to put down roots!

Take whatever preconceived notions you had about malls and throw them out the window; this isn't your ordinary shopping centre. West Edmonton Mall is the largest in North America with over 800 stores and 100 restaurants, but it is more acclaimed for its multitude of attractions including water parks, rollercoasters, hotels, a skating rink, and movie theatres, just to name a few. 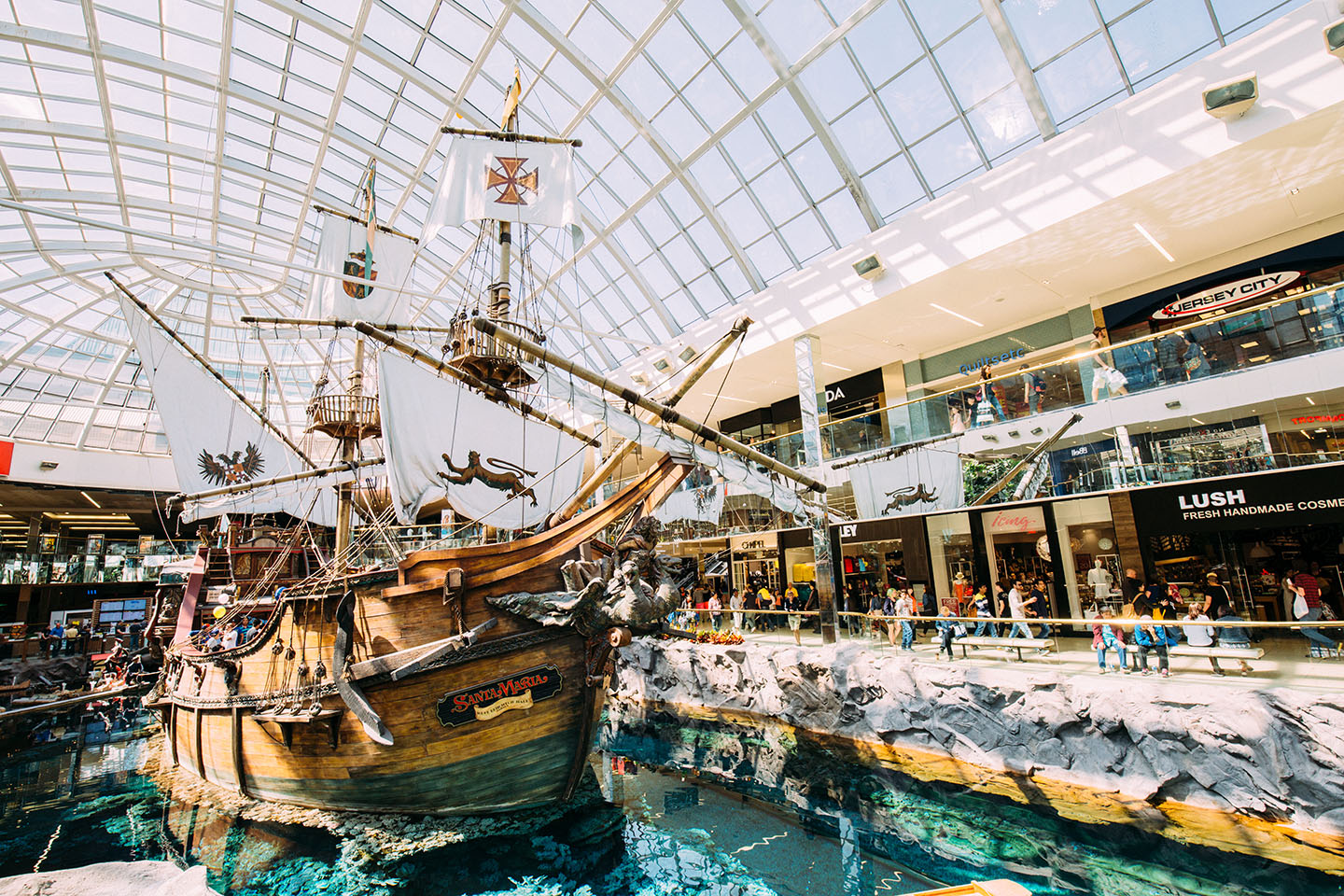 There's no better place to get lost in than the River Valley Parks of Edmonton. The 19,000 acres and 160 kilometres of pathways is made up of over 20 parks where you'll come across several ravines, lakes, nature centers, and even golf courses. Hike in the summer or ski in the winter. Go visit at any time to experience the various seasonal activities the River Valley has to offer.

Inside the beautifully designed Art Gallery of Alberta sit over 6,000 pieces of both historical and contemporary art. Inside you'll find drawings, sculptures, photography, paintings, and performance art from renowned local and international artists. Situated in the downtown core in Churchill Square, you'll surely be captivated by some of the incredible works found within these walls. 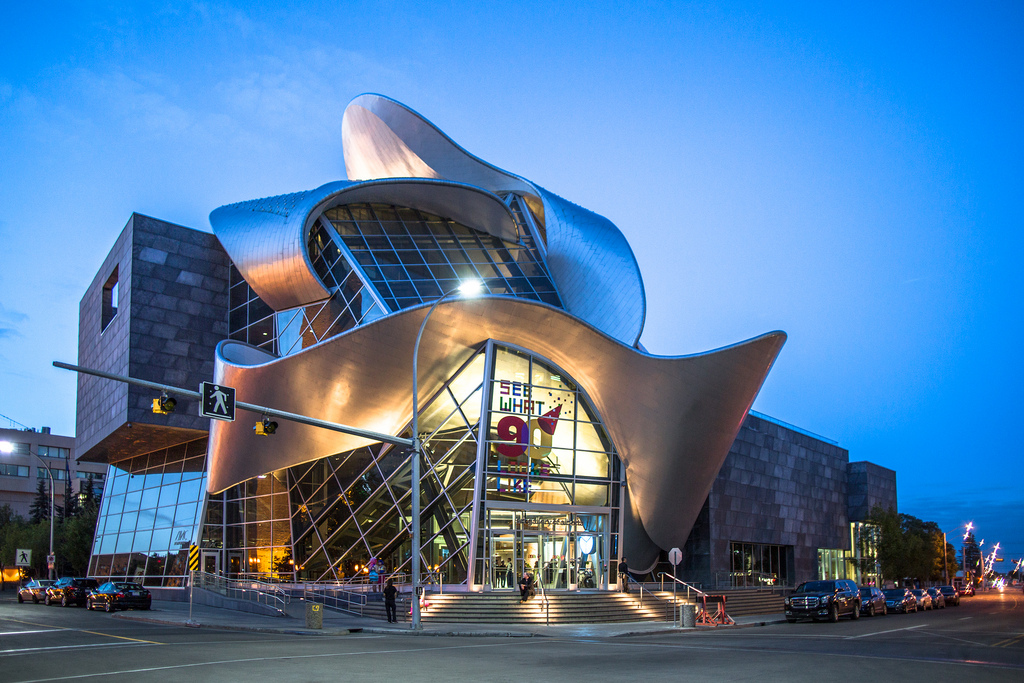 With seating capacity of over 55,000, The Brick Field at Commonwealth Stadium home to the Edmonton Elks; the Canadian Football League (CFL) team. It is absolutely electrifying when the team takes the field. The Elks have won 14 Grey Cups during their time in the CFL. You won’t want to miss their battle during the regular season, as the season starts in June.

National Hockey League (NHL) games are a spectacle to say the least, and Rogers Place is nothing short of that when the Edmonton Oilers hit the ice. Check out hockey's biggest superstar, Connor McDavid, live and in action with the rest of the Oilers squad during one of their 41 home games as they compete for the sport's most coveted trophy, the Stanley Cup. The playoffs are just around the corner, too!

Found just 35 kilometres east of the downtown core, Elk Island National Park boasts a beautiful contrast to the city and is the perfect location to spot all kinds of wildlife. Elk Island National Park is Canada's largest fully enclosed park; home to all sorts of wild mammals such as elk, bison and moose. Spend the weekend hiking and camping, or even just go catch the Northern Lights; Elk Island is the ideal destination to experience Alberta's great outdoors in the summer.

This four-day festival in August is a must-see for folk music fans. Take a stroll to Gallagher Park and have it take your breath away. These performers from all over the globe will put on a show you surely won't forget.

With the past two years cancelled due to COVID-19, K-Days is back with a bang this year! From July 22-31, 2022, bring the family down to the Edmonton EXPO Centre and Exhibition Grounds for a fun-filled day of games, activities, music and entertainment, fireworks, and cultural showcase.

An annual tradition in Edmonton, K-Days are 10 days of rides, adventurous food, and fun for all ages. And we have a feeling this year’s K-Days will be extra special after being postponed for two years. Get your tickets now!

Known by many as ‘Canada’s Festival City,’ Edmonton hosts over 50 festivals throughout the year, including Boardwalk Ice on Whyte, Silver Skate Festival, International Children’s Festival of the Arts, Taste of Edmonton, Edmonton Heritage Festival, and Edmonton Fringe Festival, the city is well-known for its entertaining and fun events that bring the city together and show off its spirit!

A city well-known for its many delicious restaurants, you can tap into all the city’s best breakfast, lunch, and dinner spots, and enjoy a night out on the town strolling Whyte Ave. Start your Saturday morning at Sugarbowl, known for their cinnamon buns. With your sugar rush in check, you can take a food tour where the city’s foodies will guide you through a culinary extravaganza. Also, in July, Edmonton’s popular Taste of Edmonton, Western Canada’s largest food festival, perfectly complements K-Days for 10 memorable summer days.

The cost of living in Edmonton is lower than other major cities in Canada, and compared to Calgary, its rent is 4.9 per cent cheaper. Two-bedroom rental apartments normally range from $800 to $2,000 per month, depending on location and size. Not only is Edmonton cheaper to live in than other Canadian cities, but it also has a diverse economy that offers many forms of employment past traditional oil and gas jobs.

For more reasons on why you should live with us in Edmonton, click here.

How to Recycle, Upcycle, and Buy Second-Hand Goods for your Apartment

With climate change and sustainability at the forefront of many conversations, you may be left... Read More

The Best Technology for Your Renting Experience

Technology plays a vital role in many facets of our lives and has connected people in ways once... Read More

What is “CAPEX” and What Does it Mean to You

Having a comfortable and cozy living space goes a long way to creating peace of mind, safety, and... Read More